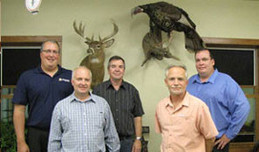 The official title of the endowment fund is the Raymond G. Schneider Living Endowment for Youth. Ben Bruggeman, Tony Kraus, Phil Lambert, Paul (Chip) Kurt, Pat Recker, & Brian Manternach are the core committee members. They have been assisted by several family members, friends, and classmates of Ray’s. The core committee members have been meeting once or twice monthly and they communicate regularly by email. Refreshments consisting of adult beverages are routinely served during meetings in remembrance and celebration of Ray’s life on earth.

Ben Bruggeman has never forgotten the first time when he met Ray. Ben was new to the community and was getting his haircut at the Monti Barber Center. Ray introduced himself and introduced Ben to others in the barber shop that day making Ben feel immediately welcomed into the Monticello community. Shortly after rays passing Ben was trying to put some thoughts together as to what he could do for Ray’s family that would serve as a living memory of Ray. Ben’s father discussed with him an endowment fund that he had started through the Community Foundation of Greater Dubuque in memory and honor of a friend whom he had lost way to soon. Ben thought what a great idea and soon began doing research on the Community Foundation of Greater Dubuque.  After a few phone calls he discussed the idea with his good friend Tony Kraus who agreed that it would be a very fitting thing to do for Ray and his family. After contacting a couple other close friends of Ray’s, everyone agreed this was a wonderful way to offer respect and remember such an iconic individual of the community. The project then took off with great enthusiasm and speed by all those involved.

Ray was one of the most personable, well-liked people any of us had ever met.  His entire personality revolved around what he could do for others, how he could help, how he could encourage.  Because of his son's involvement in various youth-oriented activities, Ray was particularly focused on programs involving kids: scouting, sports and schools.  The tragedy of Ray's illness was not only that it took our friend, but it also took a vibrant, vocal supporter of our community's youth.  An endowment in Ray's name seemed to be a fitting way to remember him.

4. What is the connection to Ray and those working to establish the foundation?

The establishment of the Raymond G. Schneider Living Endowment for Youth has been a collaborative effort of some of Ray’s closest friends, family members, and classmates. Some are current residents of Monticello and some live a distance away. Mike Cox lives in Monticello and has been instrumental in assisting the group with establishing the website. Chip Kurt (classmate and lifelong friend of Rays) lives in Eagan MN and assists the group with his resourceful thinking and creative writing skills. Cindy (Gillmore) Lindgren another member of the MHS class of 76 and resident of MN is a commercial artist who has provided the design and artwork for the logo.

5. How are you raising the money for the scholarships? Fundraising ideas?

Mostly by simply making individuals aware of the Endowment and their opportunity to participate by contributing in the way of donations. No contribution is considered too small. Individual and corporate gifts to the endowment are eligible for the Endow Iowa 25% State Tax Credit. The tax credit is a voucher that is used like cash to pay state taxes. This tax credit is in addition to the federal deduction for charitable gifts. For some donors the net cost of these gifts is about 40 cents on the dollar. Contributions towards the Endowment Fund may be made by going to the www.rayzorray.com website which will link you to the Community Foundation of Greater Dubuque who serves as the host organization for managing the Endowment Fund or by mailing their donations to Ohnward Bank, attention Pat Recker, at 307 South Main Street, Monticello IA 52310. Checks should be made payable to the Ray Schneider Living Endowment for Youth.

Plans are under way for hosting a 5K/5Mile walk/run event in Monticello. This event will be held annually during the weekend closest to May 16th which is Ray’s birthday. The committee members thought choosing this style of event would allow for broad participation from all age groups within and surrounding the Monticello community. Although this event is in the preliminary planning stage; thoughts are for of a route/course that will take participants past various landmarks in the town of Monticello of which Ray was connected to (e.g. places he lived, Monti Barber Center, Sacred Heart Church & School, Monticello High School). Additional fundraising activities include the possibility of hosting a golf outing.

6. How much will be given to each student?

The first year scholarships will consist of two individual awards of $250.00 each. Following year awards are expected to increase depending on the level of community support for the Endowment and associated fundraising activities.

7. Are there stipulations on the scholarships? Meaning do the students have to major in  a certain field or attend a certain college?

The mission of the endowment is to empower young people to achieve lifelong success. Any graduating Monticello High School Senior is eligible to apply. The student must plan to attend a post-secondary educational program, including (but not limited to) an accredited trade school, two year or four year college or university. Award recipients will be chosen based on the following criteria: Character, Academics, Community Involvement, and Extra-Curricular Involvement at school.

8. What should people know about why you started this project, or the cause?

Ray was a friend to essentially everyone he met.  Because he was taken from us far too soon, many, many people will never have a chance to meet him, or get to know him.  The endowment and the grants it will provide will be a consistent reminder to the community of the person Ray was, and the works he enabled.  Helping people remember and appreciate who Ray was and what he did was central to this project.

9. What does it mean to you to do something good in the name of Ray?

All of us are better, in many ways, for having known Ray.  Knowing that we're helping keep a memory alive, while helping the young people of the community, means a lot to all of us.

The core committee members are grateful to those whom have already assisted and contributed to the Raymond G. Schneider Living Endowment for Youth though their various means of time, talent, and treasure. 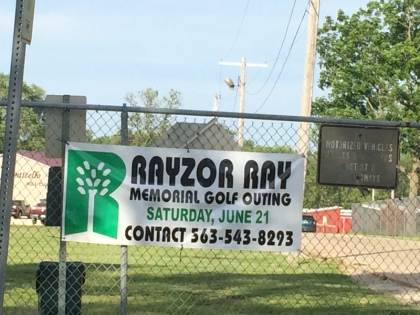